These Fynbos Fish are typical of species that evolved in ancient mountainous regions in that most occur in isolated rivers and streams, and have geographically constrained ranges. They have a low tolerance to any unnatural disturbance.

Many are now swimming on the edge of extinction.

A total of 42 Fynbos Fish taxa have been recognised to date, but there is still a lot we don’t know about them. Only 23 have been formally described in scientific literature. Several of the newly identified Fynbos Fish species are restricted to fewer than five localities, making them especially vulnerable to extinction. Of the 23 fish species naturally occurring in the Cape Fold Ecoregion, 20 of them are endemic to the region. And of the endemic species, 14 are listed as Vulnerable, Endangered or Critically Endangered according to IUCN Red List criteria.

The threats to our Fynbos Fishes include: 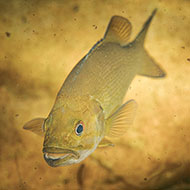 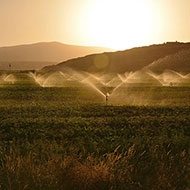 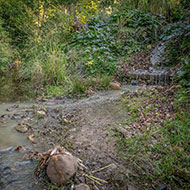 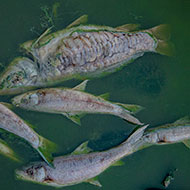 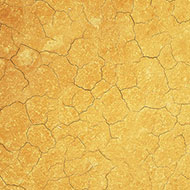 Where can you find Fynbos Fish?

The Cape Fold Ecoregion (CFE) is the freshwater equivalent of the Cape Floral Kingdom – the smallest and most diverse floral kingdom in the world. It’s a global hotspot of extraordinary plant diversity, found in south-western South Africa. It’s home to more than 9000 species of plants, of which fynbos is the main component, but less well known are the unique and threatened freshwater fishes that live in the rivers flowing through fynbos. 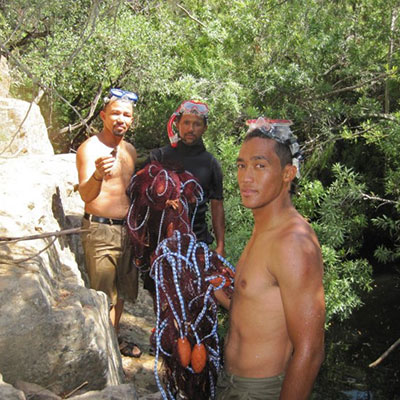 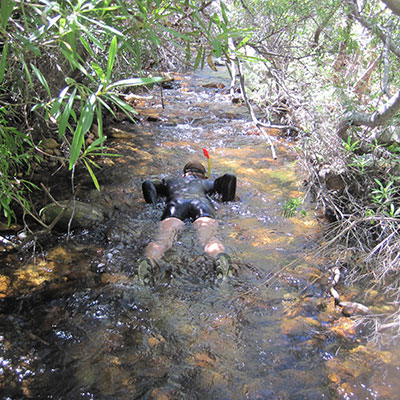 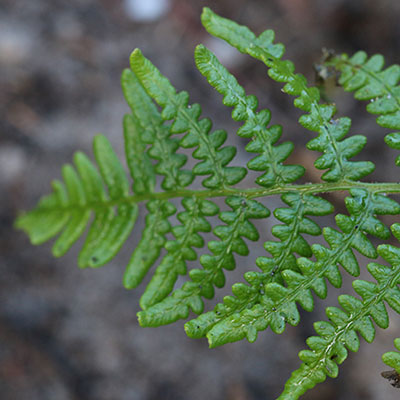 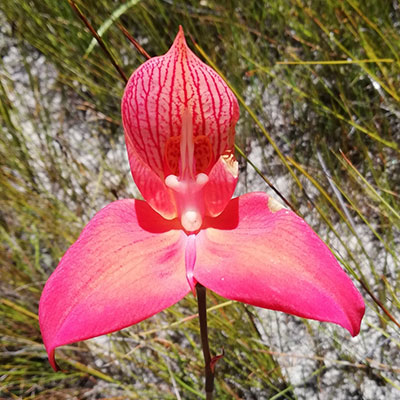 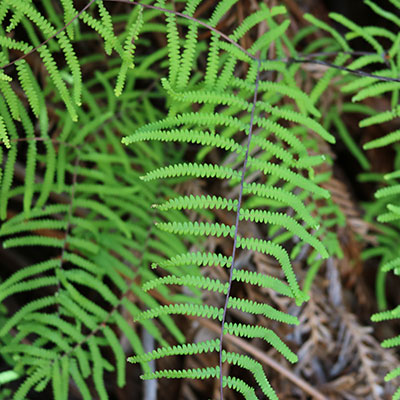 The Cape Fold Ecoregion extends from the Olifants-Doring River catchment in the north-west, to the Sundays River in the east.

The work of The Fynbos Fish Trust

The Trust was established in 2018 to serve and conserve the freshwater fishes in this Cape Fold Ecoregion. Our work includes:

Raising awareness about our magnificent Fynbos Fish, and the need to protect them and their habitats.

Monitoring the success of conservation interventions and the recovery of freshwater ecosystems.

The Trust is about making a difference through on-the-ground conservation action. 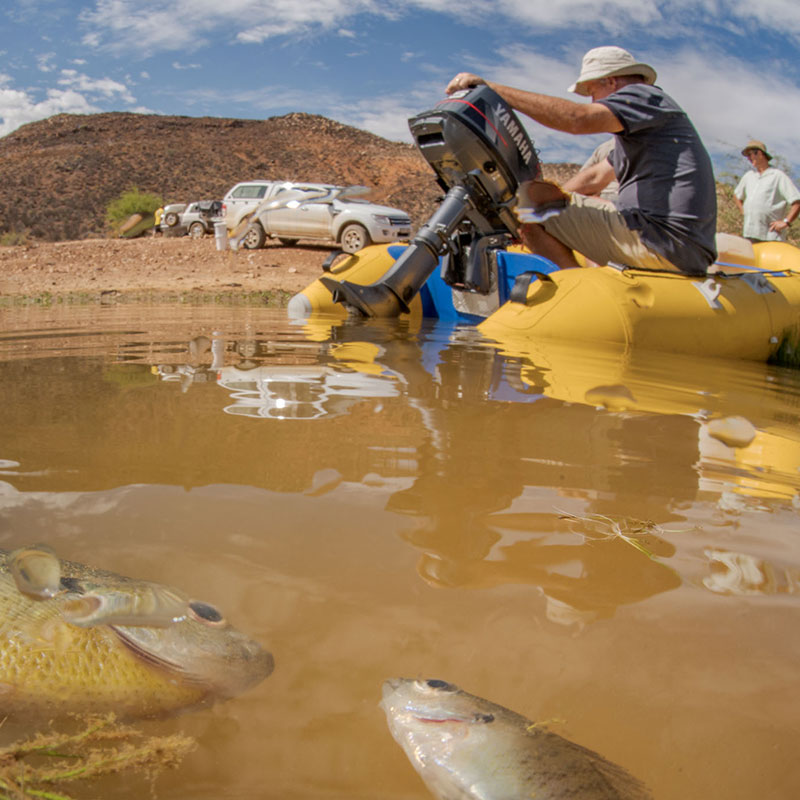 The Clanwilliam sandfish may be headed for extinction faster than any other freshwater fish in the Cederberg district. That’s because of recruitment failure due to rivers drying up during the dry summer months, and predation by non-native fish like Bluegill sunfish.

Protecting the Fynbos Fish in the Breekkrans River

The Breekkrans River, which originates in the Cederberg mountains, is home to five species of Fynbos Fish – including the Critically Endangered Doring River redfin. Four of these are ENDEMIC to the Olifants-Doring River system, and are therefore found nowhere else in the world.

The Verlorenvlei redfin is found only in the Verlorenvlei River System, on the west coast of South Africa. While there are remnant subpopulations of this species, researchers say there could actually only be one viable population, in the Krom Antonies River. The remaining subpopulations face severe threats. Because of water abstraction over the years, many streams and pools that provide a refuge for the species dry up during the summer season. Rivers here are also heavily invaded by Banded Tilapia, an invasive predatory fish. That’s why the International Union for the Conservation of Nature says the Verlorenvlei redfin is Endangered, and its population is DECREASING. 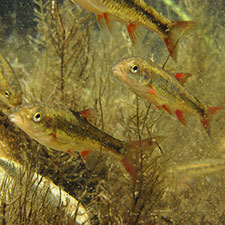 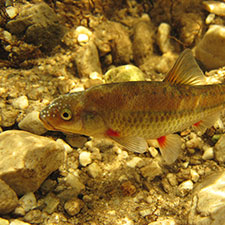 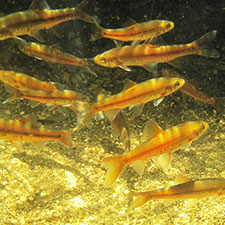 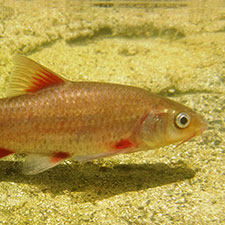 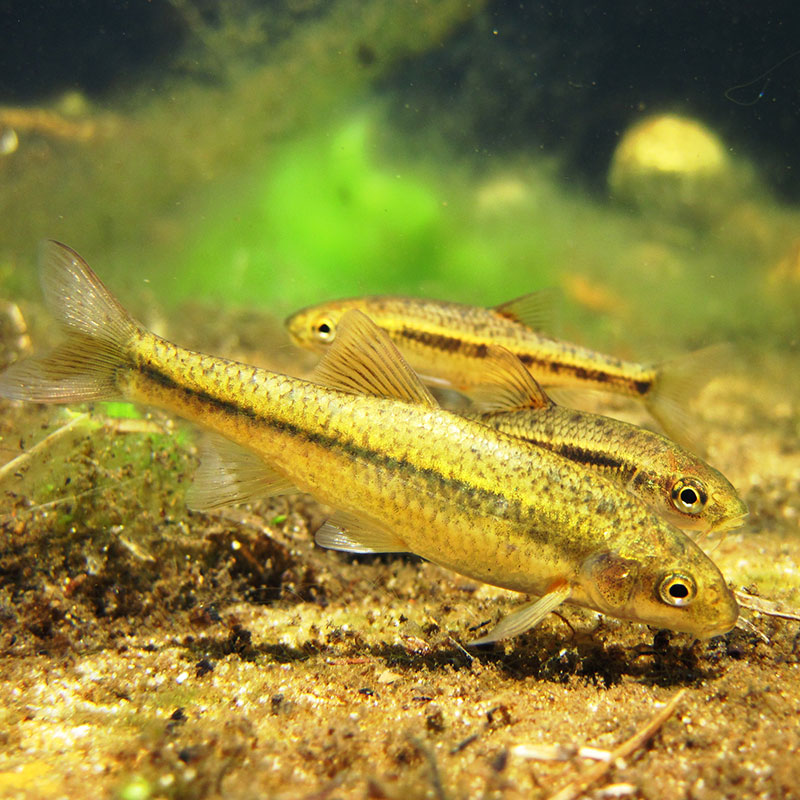